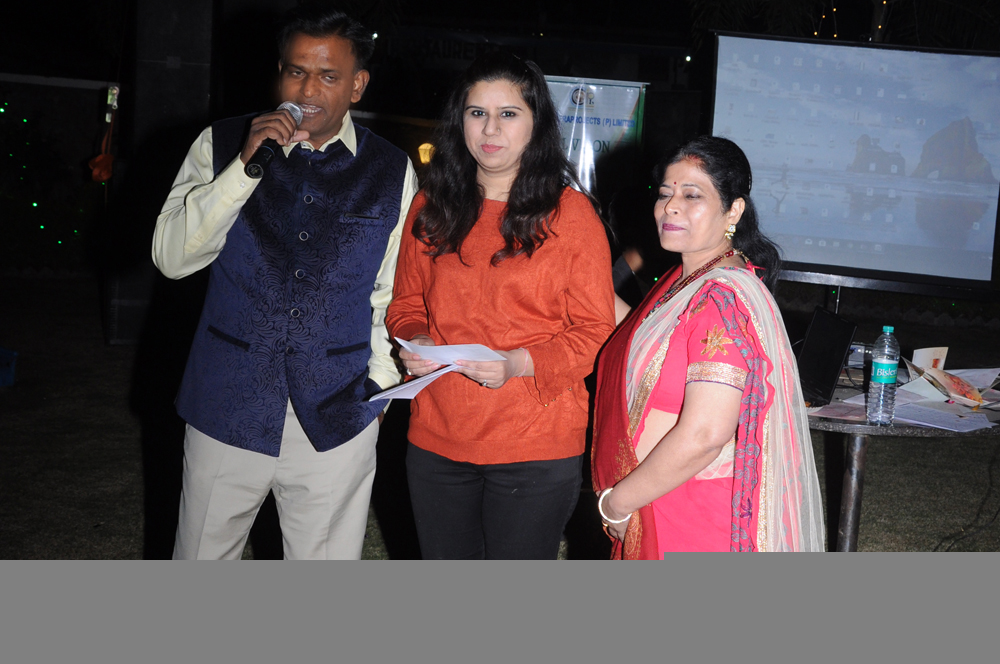 CIPL celebrated its 2nd annual event- “GSG Meet- Get Set Go” on 24th December 2017 in the valleys of Mount Abu at a resort named “Hotel Anan Palace”. CIPL gave this meet a form of family tour by inviting employee’s family members. All employees from Punjab, Uttar Pradesh, Gujarat, West Bengal and Jharkhand participated in the meet and enjoyed a lot.

The ceremony itself was pleasant and entertaining. The program began with a heartfelt welcome to all members and guests by Ms. Monika Paliwal. (HR) following which Mrs. Sujata Gangwar, Mrs. Bharti Gupta, Mrs. Anu Bansal, Mrs. Jasumati Dhivar, Mrs. Gayatri Gupta and Mrs. Surinder Singh followed the tradition of lamp lighting and Ganesh Vandana was chanted by all members. On the occasion of New Year, CIPL launched its new logo which signified its field of work.

This year Mrs. Sujata Gangwar had announced a new reward for “Star Employee of the year”. Under this award, the winner would get one salary (no more than Rs. 50000 / -) in the form of prize money.

After award-reward ceremony, event was charged up by a Musical Antakshri Program and it was capped off by dance performance by the young CIPL members.

Overall, the trip was full of exciting activities and each moment was unforgettable.